It’s good to know the type of steaks you’re thinking of buying before you go to the market. At least you should know, how much steak you’ll need, how are you going to prepare them and your budget.

It doesn’t matter if you buy your steaks at the supermarket or a gourmet butcher shop. If you want to learn about meat, how to purchase it, what’s a good buy today, how to cook it, start a relationship with your butcher. Steaks come in all shapes and sizes and depending on the section of the cow they originate from can have a huge influence on price and cooking technique. Lets see some basic information about the meat.

Steak outlook , size and smell
Look for steak with fine texture and firm to the touch. You want the color to be a light cherry red (not deep red). If the meat you are buying smells sour or has an ammonia odor, it’s not fresh. Don’t Buy It! Marbling is the fine specks of fat within the meat, the fat running through the meat that make it Prime and gives the wonderful flavor. While studies show that marbling does not significantly increase the caloric count of beef, it greatly enhances flavor and tenderness. Beef thats richly marbled gets a higher grade, its more tender, juicy, and flavorful because the intramuscular fat melts and bastes the flesh during cooking. Also, since fat insulates, marbling provides some insurance against overcooking. Size or thickness matters when purchasing steaks, the best are 1-inch to 1 1/2-inches thick. A thin cut is likely to get dried out. The thickness of the steak is more important than the weight. Some of the best steaks for grilling are the premium cuts.

Steak types
Filet Mignon (Tenderloin; Tournedos; Chateaubriand; Beef Medallion). The filet mignon is a stylish cut taken from the heart of the beef tenderloin that has outstanding taste as well as texture. When the tenderloin is cut into pieces, it is called fillet mignon steaks. Theyre the most tender steaks you can buy, though not the most flavorful. 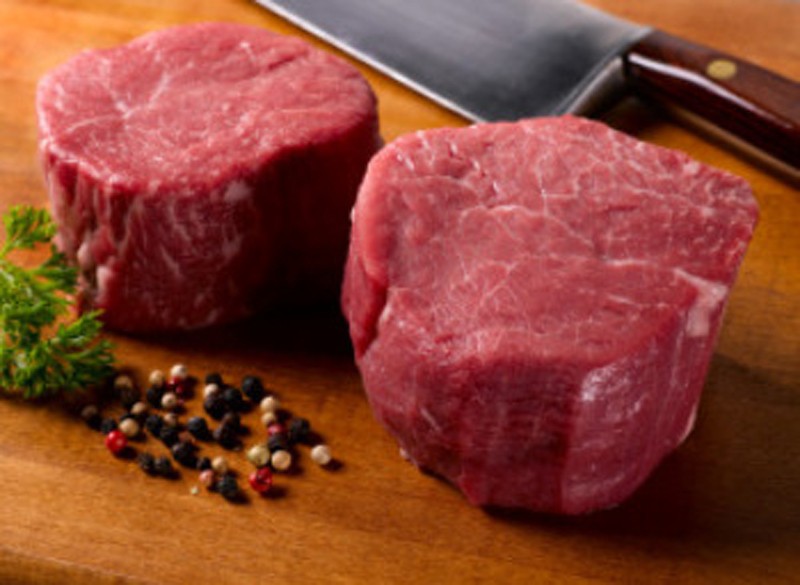 New York Strip (Strip Loin; Shell Steak; Kansas City Strip; New York Strip Steak). The New York strip is such an excellent cut for grilling, many grilling experts refer to it as the "ultimate" steak for cooking out. 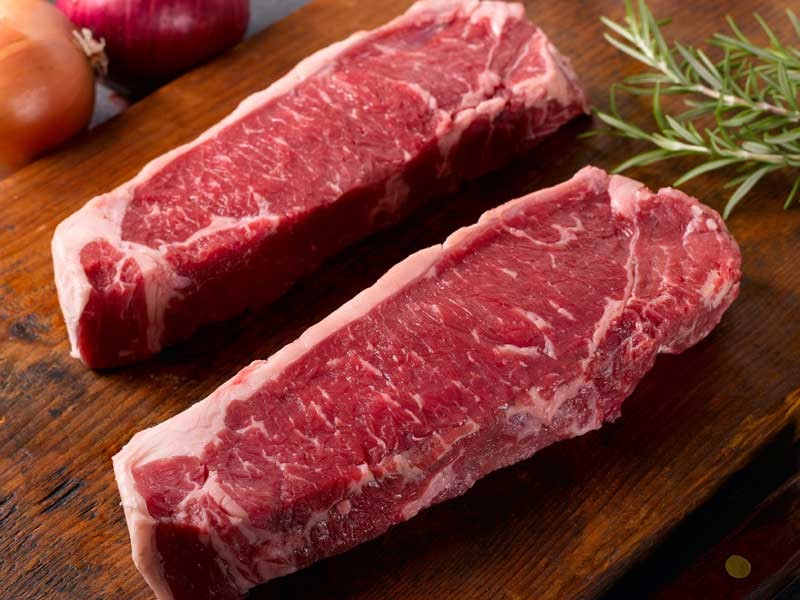 Rib Eye (Scotch Fillet; Delmonico Steak; cowboy steak, Spencer steak, Delmonico steak, market steak or beauty steak). Another classic cut, the rib eye has marbling throughout the meat - making it one of the juiciest cuts as well as very tender. When beef rib cut into steaks, the ribeye is one of the most popular, juiciest, and expensive steaks on the market. Meat from the rib section is tender and fattier than other cuts of beef. This extra fat makes ribeye steaks and roasts especially tender and flavorful. 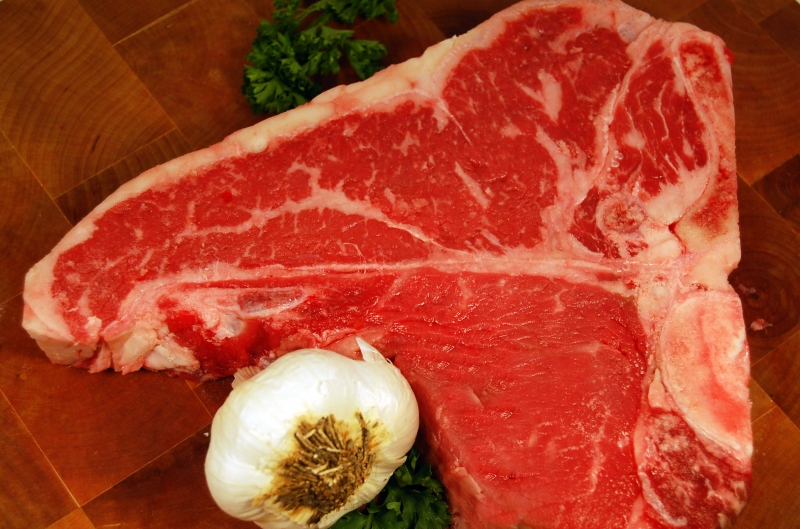 Top Sirloin. The sirloin is near the rump, so the meats a bit tougher than cuts from the loin or the rib. The top sirloin is a juicy cut taken from the center of the sirloin - the most tender part - and a great cut for grilling.

T-Bone (Short Loin; Porterhouse; Club Steak). Named for its distinguishing T-shaped bone, this choice cut is almost identical to a Porterhouse steak, only it doesnt have as much of the tenderloin muscle in it. The T-bone steak is a succulent cut that is a favorite of steak fans. It is both a strip sirloin (with the bone) and a tender filet mignon.

Flank steak is a beef steak cut from the belly muscles of the cow. Long and flat, the flank steaks best known application is London Broil. The flank steak is much tougher than the loin and rib steaks. Many recipes for flank steak use marinades or braising. Flank steak is best when it has a bright, red color. You can tenderize flank steak by marinating it in a tenderizing liquid, including acids like tomato-based products, lemon juice, wine, vinegar, pineapple or ginger.

For a long time, watermelon has been taken nothing more than a sweet, tasty summertime fruit, made of sugar and water, however ...

Corn or maize is one of the most popular cereals in the world and forms the staple food in many countries. The kernels of corn ...