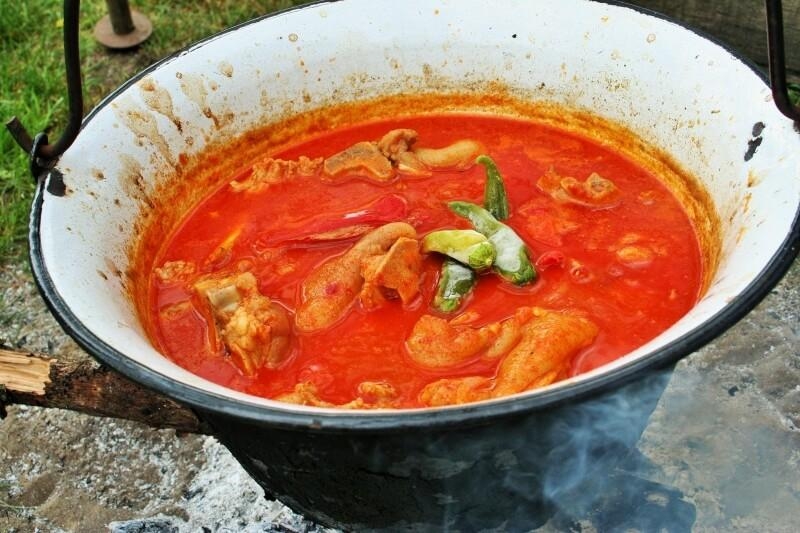 Pork nail and shank stew (koromporkolt) made with sweet paprika powder and onions which is a Hungarian traditional food cooked originally on open fire in cauldron.

The importance of livestock and the nomadic lifestyle of the Magyar people is apparent in the prominence of meat in Hungarian food and may be reflected in traditional meat dishes cooked over the fire like goulash (soup) and porkolt (stew) and the spicy fisherman's soup called halaszle are all traditionally cooked over the open fire in a bogracs (cauldron).

The gravy of pork nail stew is formed by cooking chopped onions and meat slowly with paprika. Pork nail stew derives its thickness from tough, well-exercised muscles, skin and bones are rich in collagen, which is converted to gelatin during the cooking process. So the quality and quantityof meat is important always buy front and back nails and shank mixed because they have different meat, fat and bone rates. At once cook at least 1 kg meat or more because the small amount can't give the necessary stickness and flavour. Meat is cut into chunks (you can ask your butcher to cut the legs but in this case take care of splintery). Start to cook the nails with lard, onion, garlic, salt, black pepper and caraway in a pot. Red paprika is added later after cooking a while. The total time of cooking takes more time approx. 3 hours as the meat has to be soft and to separate from the bone. During the cooking process simmer the stew and rotate the cauldron (or stir in pot) especially in the last hour as the skin may stick easily. Optional flavouring are the tomato (1 pcs) and red wine (1 dl), the original recipe does not contain them. You can add chili and cook in the gravy up to 1 hours and than remove and serve separately. Stew is best to serve hot and fresh with boiled potato, white bread and pickles. Exactly pork nail stew is not a fast and dietary food therefore usually is cooked only 1-2 times a year in Holiday season like birthday or garden parties. 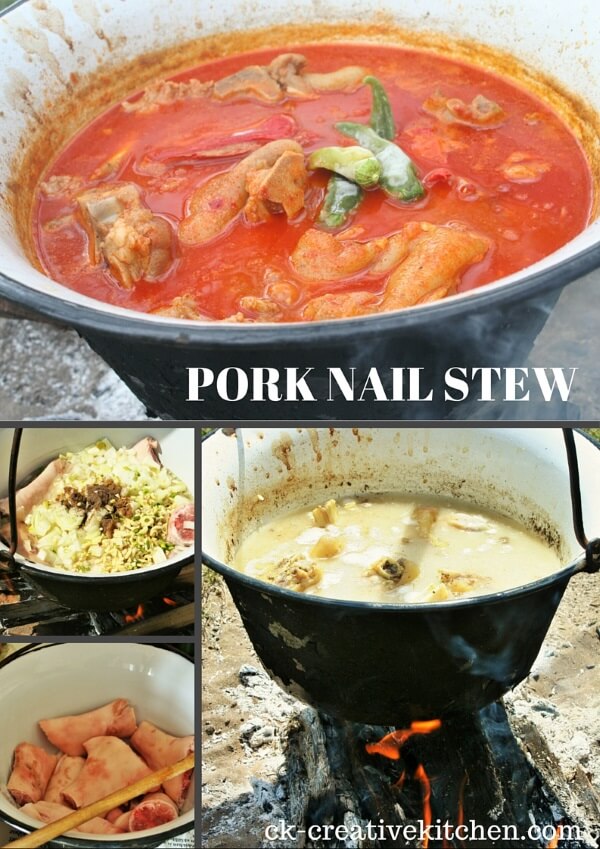 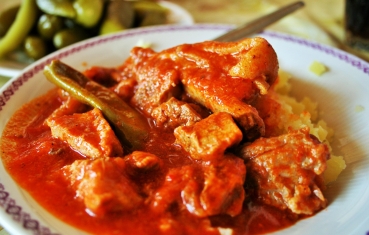 NL HC EF
More from this 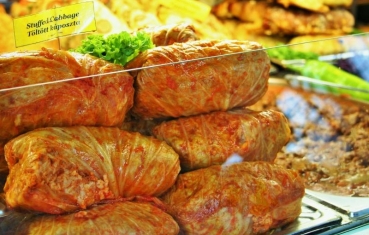 Stuffed cabbage is one of the most popular classics and it usually makes the Christmas and New Years Eve menus in most Hungaria... 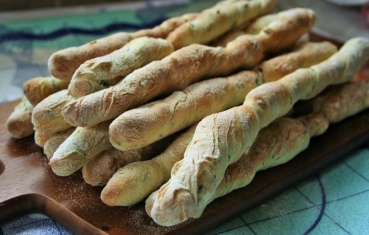 Breadsticks (grissini) are generally pencil-sized sticks of crisp, dry bread originating in Turin and the surrounding area in I... 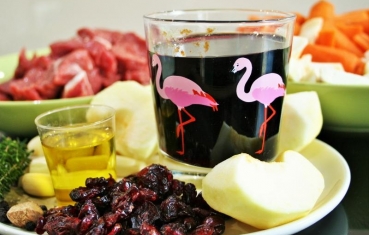 Generally, slow-cooking means any food preparation method which relies on using low-heat for a long amount of time. Barbecues, ...